Issaquah School District No. 411 is a public school district in King County, Washington, U.S., serving the city of Issaquah as well as portions of Sammamish, Renton, Bellevue, and Newcastle.

Issaquah High School, is located south of downtown Issaquah, and is expectedly the district’s oldest high school. IHS opened in 1905 and moved to its present location in 1962. School colors: purple and gold. Mascot: Eagles.
Liberty Senior High School, opened in 1977 at the southwest region of the district. LHS was named the National Blue Ribbon school in 1999 and was recognized in Washington, D.C. School colors: Silver, Green, & Blue. Mascot: Patriots.
Skyline High School is the district’s newest high school, opening its doors in 1997. Located in Sammamish on the northern boundary of the district, Skyline serves as a community center for the city of Sammamish. School colors: Green & Silver. Mascot: Spartans.
Gibson Ek High School, opened in the fall of 2016 at the previous location of Issaquah Middle School. Gibson Ek is a choice high school that places emphasis on real world experience. Students are allowed to explore career options with the help of volunteer mentors and are required to go to internships on Tuesdays and Thursdays. Mascot: Griffins.

Tiger Mountain Community High School was a high school serving students throughout the district who seek an alternative to the traditional high school environment. Each student was given personalized lessons and support by the staff which adds to the alternative style of education. Tiger Mountain was also the site for a regional high tech learning center serving students throughout the region. This school closed after the 2015–2016 school year.

The Issaquah School District teachers’ union voted to strike which in turn left Issaquah schools to be closed from the opening day of school, September 4, until September 26 – closing the school for a total of three weeks; fifteen total school days. An agreement was made on September 25 ratified by a 740-45 majority vote cast by the teachers at Issaquah High School, relieving the teachers of the threats of fines that would be put in place because the teachers voted to defy a King County Superior Court injunction calling for the teachers to return to work. Resulting from the strike was a 3.8 percent pay increase over two years; ninety-five percent being covered by state aid. An additional $250 “return to work incentive” was offered to all teachers as well as a $500 bonus the following year. Because of the increased incentive to return to work, more staff was gained in that year than during any previous year.

An Issaquah School District bus driver now identified as Staci LaManna was fired in September 2006 when she allegedly “flipped off” former United States President George W. Bush in June 2006 while she was transporting a group of students back from a field trip to the Woodland Park Zoo. The 43-year-old driver has filed a union grievance for wrongful termination.
The Issaquah School District stated that the termination was a result of a “pattern of behavior” and not for any political reasons.

In 2014 a 16-year-old girl was raped by two members of the Skyline football team. She reported it, they were convicted and a protective order forced the rapists off the team and out of the school. The community and coaches responded by starting a targeted harassment campaign of the victim and her younger sister that included online bullying, personal confrontations, firebombing the victims house, planting drugs on her, and prominently featuring the rapists during her graduation ceremony attempting to force her to move to another school so the rapists could come back and play for Skyline. After her graduation the harassment continued against her younger sister.

In 2021 Issaquah School District settled with a former student for 4.25 million dollars, the biggest sexual abuse settlement in state history. 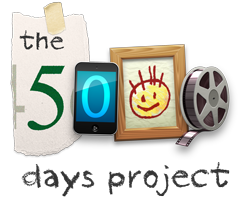 Take today’s kindergartner and fast forward 5,000 days: Will that same child be a confident graduate prepared to tackle his or her dreams? Stay tuned as the 5,000 Days Project follows the lives of a diverse group of students as they progress through the Issaquah School District. The participants are being filmed each year, and their final video documentaries will be posted here as they graduate. In the meantime, participants will keep a scrapbook of their school years on this site, contributing pictures, interviews, and other items at each grade level. Select a participant’s picture above to get started, and use the grade-level scroll bar below to move between school years. Only the grade levels that are shaded dark gray are “live,” indicating the years in which the student has been participating in the 5,000 Days documentary project.

More about the project